Olympiacos Nicosia announced its agreement with Michalis Christodoulou.
Michalis is a 21-year-old Cypriot striker, who signed a three-year contract with Olympiakos Nicosia and his transfer has been completed.

Michalis has always been a part of NIKKI Coerver Academy, where from a young age and a lot of work he began to stand out. With full dedication to the various techniques offered by the No1 method of teaching football Coerver but also the individual effort led Michalis to the realization of his goal.

We wish Michalis a full year and we are sure that both sides will be fully satisfied with this agreement.

The announcement of Olympiakos Nicosia:
Olympiakos Nicosia announces the beginning of its cooperation with the 21-year-old Cypriot striker Michalis Christodoulou, who signed a cooperation contract for 3 years.
Michalis in the first half of last year played for PAEEK Kyrenia with which he recorded 7 appearances, while in the second half he played with the jersey of Akritas Chlorakas recording 20 appearances and scoring 5 goals.
He has been a member of the National teams of Cyprus under 17 and 19 years old and at the moment he is a member of the National Team of Cyprus under 21 years old.
We welcome Michalis Christodoulou to the big family of OLYMPIAKOS and wish him Health, Strength and every Success with OLYMPIACOS! 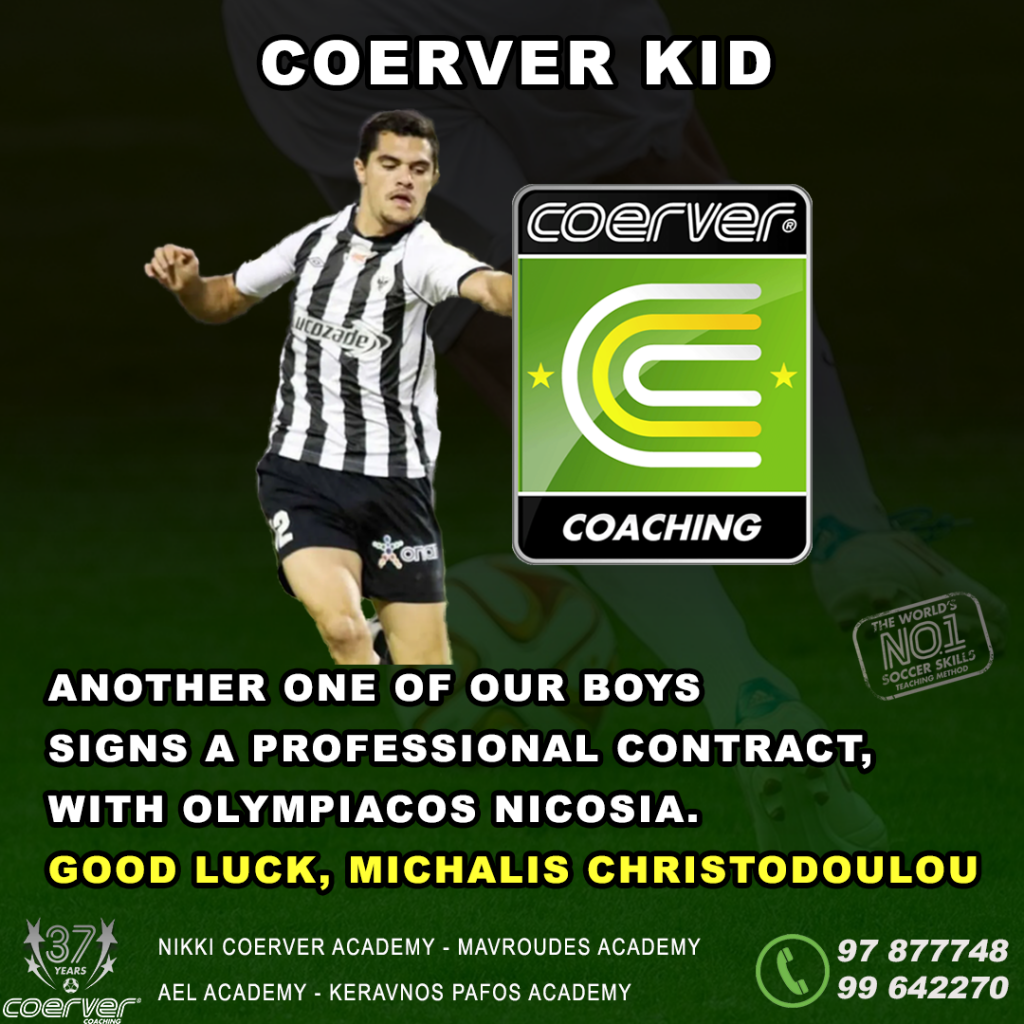