Giannis is a 21-year-old Cypriot midfielder, who agreed a two-year contract with AEK Athens and his transfer has been completed.

Giannis since the beginning has been a part of the NIKKI Coerver Academy, where from a young age and a lot of work he began to stand out.

With full dedication to the various techniques offered by the No1 method of teaching football Coerver but also the individual effort led Giannis to the realization of his goal. We wish Giannis a successful year and we are sure that both sides will be fully satisfied with this agreement.

The announcement of PAE AEK:

PAE AEK announces its agreement with Cypriot team AEL for the acquisition of the international Cypriot midfielder Giannis Gerolemou, until the summer of 2023. Giannis Gerolemou was born on January 27, 2000 in Limassol and comes from the AEL Academies, in which at the age of 16 he played in a match of the first category of the Cypriot championship against Ermis.

Last season he played on loan in Tsarsko Selo, Bulgaria. He has played in all the “small age” National teams of Cyprus. He will join AEK B immediately and will start training under the instructions of Socrates Ofridopoulos. 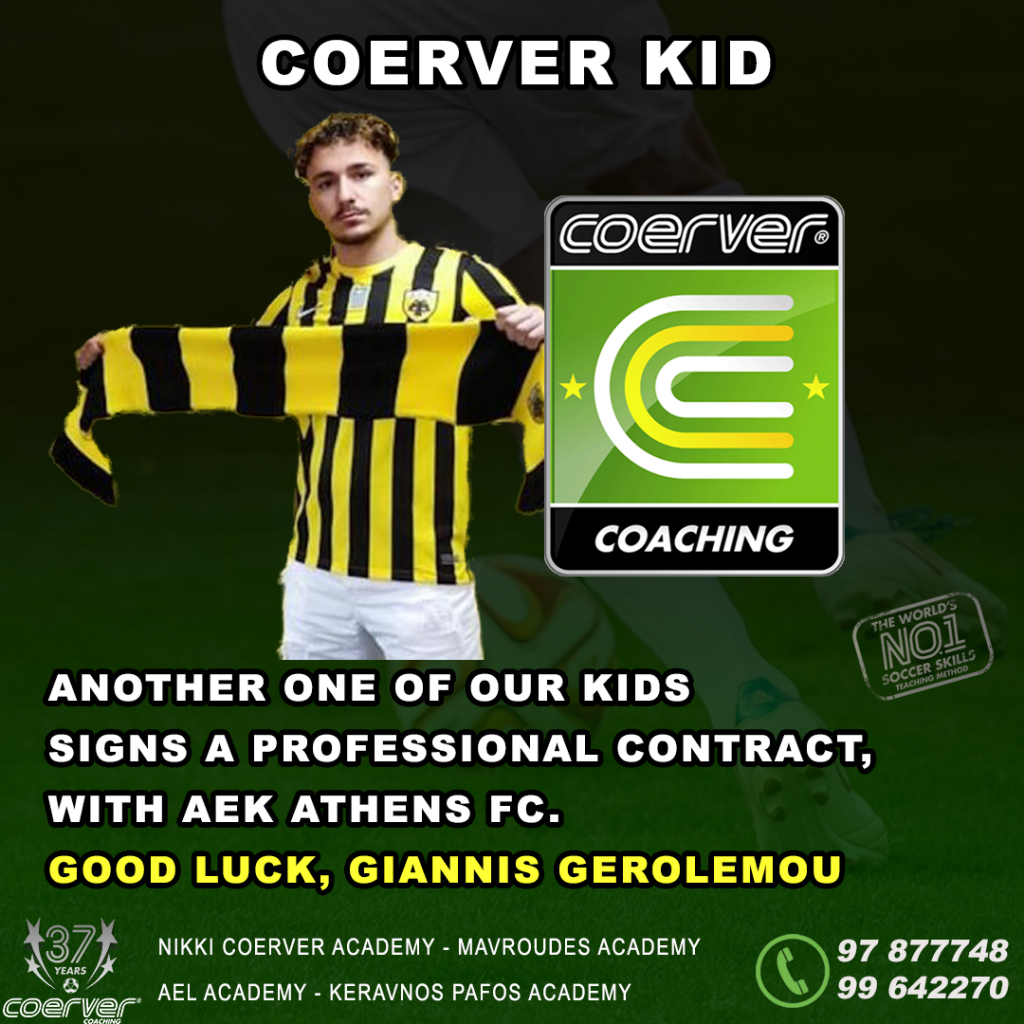